Oligarchy
Channel
Previous article 5m read
“I want to use the governor’s race to continue to talk about Facebook.”
Next article 5m read
My trip to Brussels made me think about the gig economy and the early industrial age 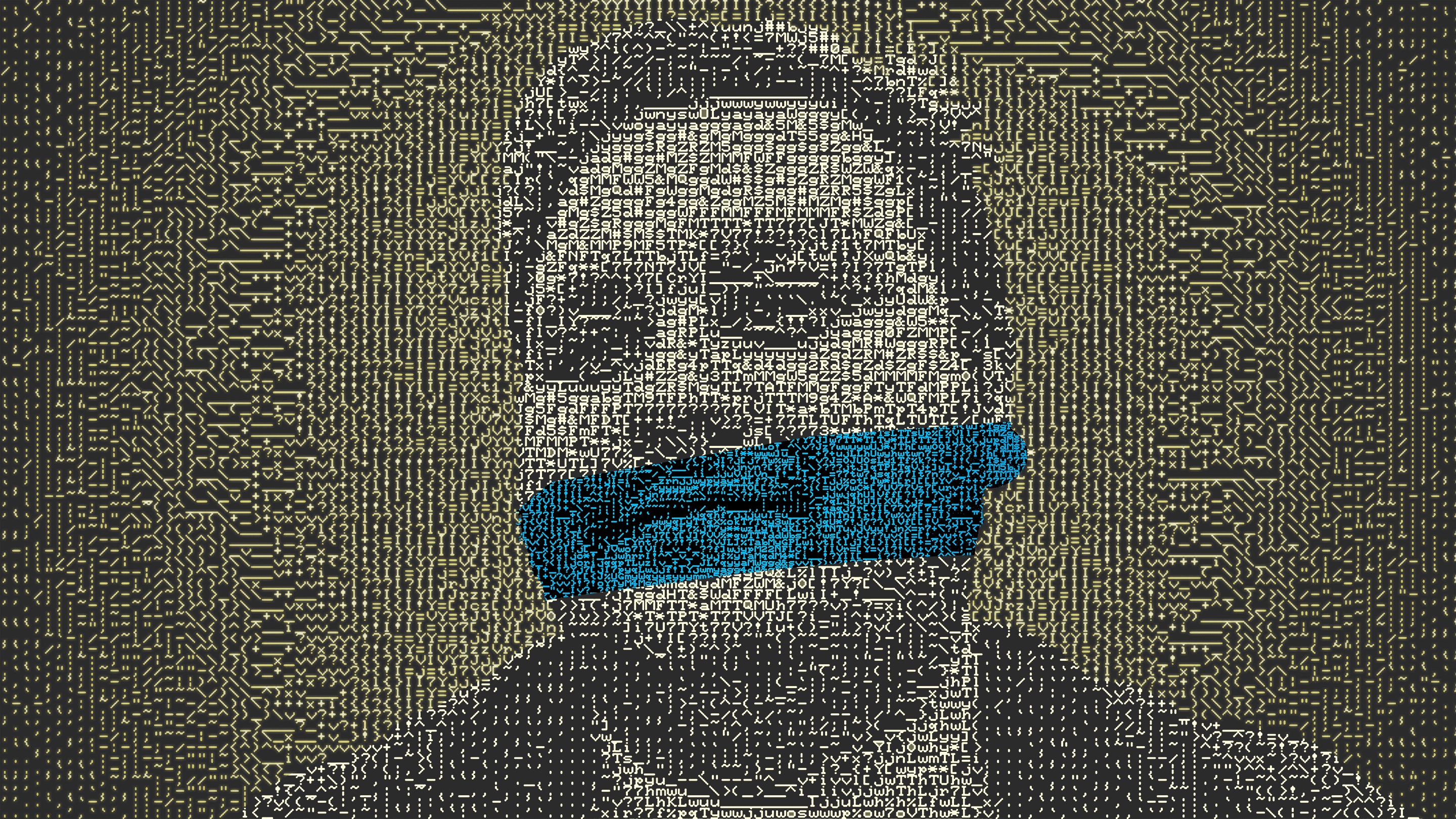 Arrested for two tweets in Croatia

It is Gordan Duhaček’s job to write about corruption and government inaction. But when the journalist started to report on the looming environmental disaster in a national park in Croatia, the story hit a nerve.

Duhaček’s had always felt an affinity with Plitvice National Park’s UNESCO-protected lakes that squat between the jagged limestone rock formations close to the country’s border with Bosnia. He could spend hours walking around, watching the clear water travel through the network of waterfalls that connect the park’s sixteen separate pools.

When asked to describe the park, he says, “Oh my god, you’re asking me to write poetry.”

Now, according to a report by German TV, those waters are contaminated with feces from nearby developments designed for tourists. The government has pledged the problem will be fully resolved by 2023, but Duhaček, who works for the popular, independent news site Index.hr, says the cleanup will take too long: “Why do they need four years to drain a lake of crap?” For him, this isn’t just a story about ecological disaster, it also points to the ruling conservative party’s hypocrisy. “They call themselves patriots yet they don’t care about the most beautiful national park,” he said.

Duhaček wanted to see if Croatian nationalists could see the irony. So in August he drafted a tweet, parodying the traditional Croatian folk song, “Vila Velebita” (“Fairy of Velebit”). It didn’t take him long to write new lyrics, he just needed a few synonyms for sewage. After it was posted, Duhaček felt proud. He knew it would be controversial. “It’s a national symbol that shouldn’t be touched or questioned,” he said of the song. The lyrics so clearly articulated the drive for Croatian nationalism that it was banned while the country was part of Communist Yugoslavia.

For Duhaček, controversy was the point; he thought outrage among his 2,800 followers could swell online and compel the Croatia’s politicians into realizing Plitvice’s pollution was an urgent problem.

The tweet did not go viral: it received 28 likes and eight retweets. But a month later, Duhaček would find out his tweet had much more of an impact offline when he was arrested at passport control in Zagreb airport while traveling to Germany for a conference. Two men from an organized crime unit drove him to a police station, where he was detained in a cell where, Duhaček says, the grey walls were smeared with what he believes was old blood. This was his first time in prison; before his arrest, he’d never so much as received a fine. He said: “I didn’t feel scared, but I did feel uneasy. I thought, ‘You are really locked up now.’”

Duhaček was being charged not only for “offending citizens moral feelings” with his Vila Velebita rewrite, but also for insulting the police in an old post from 2018 that commented on violent behavior by the country’s police — often accused of corruption and violence — using the acronym “ACAB” (“All Cops Are Bastards”).

“It’s what you use when you want to indicate you have critical attitude towards the police,” says Duhaček.

The 39-year-old, who has been a journalist since 2005, was detained for five hours before being fined around $110 for his ACAB tweet and told to wait one week for the verdict on his Vila Velebita post. Over a month later, he is still waiting.

The Croatian police confirmed to Coda Story that a 39-year-old man was accused of two Misdemeanor Offences against Public Peace and Order. However, in a statement, the police department said “the sole reason” for bringing him before the court was due to an address mix-up — Duhaček had recently moved from Croatia to Bosnia.

Croatians have been fined before for posting “ACAB” on social media. “This type of disrespect for and insults aimed at police officers are generally reported by this and other police administrations to the competent court,” police said in their statement. But journalists had never been affected until now, according to Croatia’s Journalist Association (HND).

For Neven Barković, editor of Index HR, his colleague’s arrest reflects a growing intolerance of political dissent in Croatia. “We live in a period of shrinking journalist freedom and this was a clear message from the government, not only to Index, but to all journalists in Croatia,” he said. “It was an attempt to intimidate them.”

Duhaček’s life has returned to normal since the case. He is back at work and active again on Twitter. But his case provides a grim example of the limits of online freedoms in the Balkan country and it also marks the creep of a trend elsewhere as social media users critical of their governments are increasingly criminalized.

In June, an environmental protester in Vietnam was sentenced to six years in prison for using Facebook to encourage peaceful demonstrations. Earlier in October, a pro-democracy activist in Thailand was arrested after his Facebook post about the downfall of European monarchies on Facebook was interpreted by police as a threat to Thailand’s own royal family. Turkey’s police department also recently announced investigations into 78 social media users who condemned the country’s military operation in north-east Syria.

“There’s a global assault on free expression,” says Allie Funk, a research analyst at Freedom House, an organization that ranks political freedoms around the world.

Funk says this phenomenon is not new, but it is spreading. “This kind of repression is happening across all regions and across the democratic spectrum. It’s not only happening in countries that we rank as not free such as China or Ethiopia. It’s trickling into places we rank as “partly free” and “free”. Even places that have strong democratic values and institutions are cracking down on free expression online.”

Croatia, a European Union member state, is witnessing the consequences of this repression. The Balkan country appears to fit a pattern noted by researchers, where regimes seem to learn from one another – copying intimidation techniques, charges and regulations used in other countries.

Funk points out how authorities generally take one of two approaches when charging social media users. “Places like Vietnam are imposing really long [prison] sentences which is a clear way to silence one person. Then you have places like Belarus or India where instead of long prison sentences, popular civil society actors are issued with fines. The goal is to create a broader environment of fear that will lead to self-censorship. It’s a way for the authorities to say, “Hey, don’t do this!” It sends a threatening message to anyone considering something similar.”

While Duhaček’s experience is concerning, governments elsewhere are taking a more authoritarian approach to silencing critics. At its most successful, this repression makes journalists begin to censor themselves.

Earlier this month, Nurcan Baysal’s home in Diyarbakir, a city in southeast Turkey and the informal capital of the Kurds, was raided by police. She believes the raid is part of an ongoing investigation into social media posts that criticize Turkey’s ongoing military operation in Northern Syria. “They want me to shut me up. They don’t want me to write about human rights and peace anymore,” said Baysal, who has more than 100,000 followers on Twitter.

The award-winning activist and journalist was abroad at the time. But the incident was reminiscent of her arrest in January 2018. It was Saturday night when a group of around 20 masked men with Kalashnikovs rammed her front door so violently that the neighbors came out of their houses. “When I realized they were police, I instantly understood they were here about my Tweets,” she said. Earlier that day, she had posted five tweets to her 100,000 followers that criticized the Turkish military operation in a Kurdish administered district in Syria.

The activist was driven to prison in a tank and after three days in a cell, she was released with a one-month travel ban. In her mind, Turkish efforts to intimidate Kurdish activists is working. “My detention was a big message to everyone,” she said. “I am one of the few journalists left who is based in Diyarbakir and who is still writing on social media.”

Baysal keeps tweeting, but the experience of being detained was enough to persuade her to slightly temper the language she uses. “I try to avoid some words,” she said, over coffee in a London café. “I am trying not to use the word “invasion” for example.”

Adam Shapiro, spokesperson for Frontline Defenders, an organization that supports human rights activists, has also noticed changes in how activists behave online. He says some are turning away from open forums like Facebook and Twitter in favor of encrypted platforms like WhatsApp and Signal, particularly for strategic planning.

“I wouldn’t be surprised if people choose to continue posting for whatever cause they’re fighting for,” he said. “They will take those risks in the same way that many people risk arrest when they go out to protest in the physical world.”

When journalist Duhaček first posted his ACAB Tweet in July 2018, several Twitter users replied and tagged Croatia’s Prime Minister and the Minister of Interior. “I would really love to be detained for writing ACAB on Twitter,” Duhaček wrote sarcastically in response.

Back then — just a year ago — the idea of being arrested for his tweets seemed ridiculous. It no longer does. 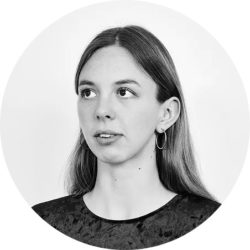 Morgan Meaker is a freelance journalist based in London. 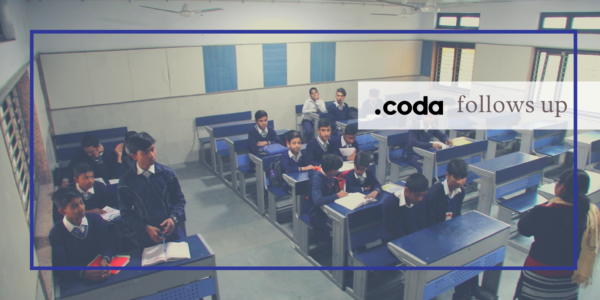 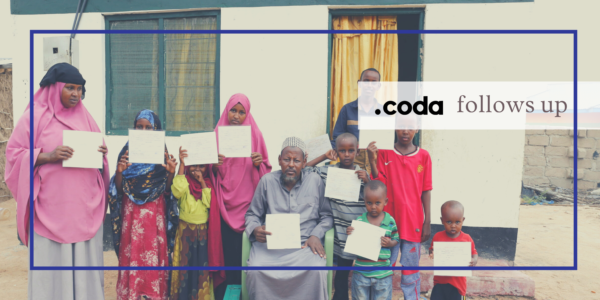