Ten days before Joe Biden’s inauguration, Abdullah Alaoudh was at his home in Washington, D.C. catching up with emails, when a warning banner flashed up on his screen.

“Google may have detected government-backed attackers trying to steal your password,” read the text, advising him to tighten his online security.

Though the Google alert did not name names, Alaoudh was sure he knew which government was responsible — the one whose trolls have targeted him repeatedly on social media and which is holding his father, a prominent reformist, in jail.

Alaoudh is a leading figure in a US-based group advocating for democracy and human rights in the Arab world. Known as DAWN, it was founded by the Saudi journalist Jamal Khashoggi, before government agents murdered him in 2018. Since then, it has been pressing the country’s de facto ruler, Crown Prince Mohammed bin Salman, to account for his suspected role in the killing.

Alaoudh says that he knows of five other dissidents who received an identical Google warning at the same time, suggesting a coordinated attack.

With Biden about to become president and signaling that accountability for Khashoggi’s death was a priority, “the Saudi government was freaking out,” said Alaoudh. “They’re afraid of Saudi dissidents getting into meetings with decision-takers and having influence again.”

There was an extra twist to this suspected cyber-attack, though, with the warning coming from Google. Days earlier, Alaoudh had learned of a deal the tech giant had signed to provide cloud computing services in Saudi Arabia, which he and other dissidents fear will vastly increase the government’s ability to target its opponents and control local digital activity.

The agreement with a subsidiary of Aramco, the state-controlled oil company, has had little publicity — possibly because Google made its announcement just before Christmas, ensuring little follow-up during the holiday period. To the surprise of some tech-industry watchers, there has been no significant pushback from Google staff or their recently formed union.

But, as the news has begun to filter out more widely this year, Saudi exiles who have fled Bin Salman’s repression have reacted with fury.

“Google is helping to whitewash MBS’s reputation, after the murder of Khashoggi,” said Lina al-Hathloul, whose sister Loujain captured international attention with her videos posted on Google-owned YouTube, protesting against a ban on women driving. Since 2018 — and despite the driving ban being lifted — Loujain has been in prison, in what observers believe has been a calculated effort to punish her for speaking out. Other dissidents, such as the writer Raif Badawi, have been incarcerated even longer.

Speaking from Belgium, where she now lives in exile, Hathloul accused Google of putting itself in position to help the Saudi authorities stifle dissent on a wider scale.

“Loujain was hacked and tracked before her arrest, so the idea that Google could now be letting its computers be used by the Saudi regime is shocking,” she said.

Evidence has mounted of worldwide efforts by the Saudi government to go after its opponents electronically, sometimes employing Israeli-made spyware. The targets have included Omar Abdulaziz, another outspoken dissident, and, allegedly, Amazon founder Jeff Bezos.

Any Saudi daring to criticize the state online has learnt to expect a swarm of abuse from masses of seemingly well organized pro-government trolls, often known as “the flies.” One reason Khashoggi may have been targeted — as highlighted in The Dissident,  a new documentary about his murder — is that he was trying to organize an online fightback. Working with Abdulaziz, the plan was to set up a network of “bees,” made up of his supporters, that would challenge official narratives on social media.

Google has released little information about its Saudi plans, but one client does get a namecheck: Noon, a joint UAE-Saudi e-commerce venture, seen as the main regional rival to Amazon. Google is fighting a wider global battle to overturn the online shopping giant’s lead in cloud computing. The murder of Khashoggi, a Washington Post columnist, may have opened the way for Google, as it led to Bezos — the paper’s owner — cancelling plans to invest in Saudi Arabia.

Satisfying shareholder demands for earnings growth seem to have outweighed the reputational risk for Google. According to its partner Aramco, the Saudi cloud computing market could be worth at least $10bn by 2030, around two-thirds of Google’s current global revenue from this source. But the financial terms and safeguards on how its cloud computing power will be used remain opaque.

An Aramco statement about the deal, however, mentions the “multiple solutions” Google Cloud offers in areas including “artificial intelligence,” and “smart analytics,” techniques for handling large volumes of data.

Google’s own principles include commitments not to employ AI “technologies that gather or use information for surveillance violating internationally accepted norms,” or “whose purpose contravenes widely accepted principles of international law and human rights.”

How those principles can be upheld working with a Saudi government that has shown it is willing to kill its critics remains unclear. Google did not respond to a request for comment for this article.

The search engine behemoth may have dropped its “Don’t be evil” motto a few years ago, but the stakes are still high. “Google’s legacy of marketing itself as an ethical tech company means that their actions help set the standard for the industry,” said Jack Poulson, a former Google research scientist who quit in protest at the company’s plan to create a censored search engine in China. After Khashoggi’s death, many global companies cut ties with the kingdom. Some were already returning, but with its stamp of approval, Google has made it that much easier argues Poulson. “By forming a close partnership with Saudi Arabia without clear boundaries, they are helping reverse the post-Khashoggi distancing from its rulers.”

Other former Google insiders have expressed dismay that there has not been more opposition to the Saudi deal from within the company — or the new Alphabet Workers’ Union (AWU). In staunchly anti-union Silicon Valley, the organization’s creation is highly symbolic, not least for the fact that it grew partly out of opposition to past controversial projects, such as the Chinese search engine, AI work for the Pentagon and surveillance for the U.S. Customs and Border Patrol agency.

“Now there is a union, we should hope to see more pushback on this issue,” said Meredith Whitaker, who led an internal campaign against the AI contract with the Defense Department before being pushed out. Poulson is sympathetic, saying he hopes the AWU’s silence so far “is a consequence of their infancy rather than policy.”

Past red lines drawn by Google staff would appear to apply directly to Saudi Arabia now. In November 2019, more than 2,000 workers signed a letter calling on the company not to do any deals with fossil fuel producers, as part of wider efforts to tackle climate change. Among global companies, Saudi’s Aramco has the dubious title of being the world’s biggest polluter.

At the moment, though, the AWU seems more consumed with itself and inter-union politics. “We don’t have time to get (sic) a proper response unfortunately,” said Chewy Shaw, vice chair of its executive council, in a text message, saying that the union was “too busy building up our structures. We won’t be ready to give statements on these types of situations for another few months.”

The Biden administration appears to be moving more quickly. Last week, the U.S. ordered a temporary freeze on multi-billion dollar arms deals President Trump agreed with Bin Salman. Abdullah Alaoudh and other dissidents in the US are also calling for Google to suspend its cloud deal with Saudi Arabia.

As things stand, he said, “Google is providing its power to a brutal dictatorship.” 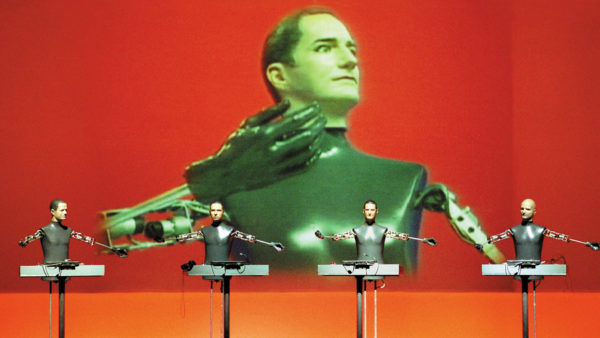 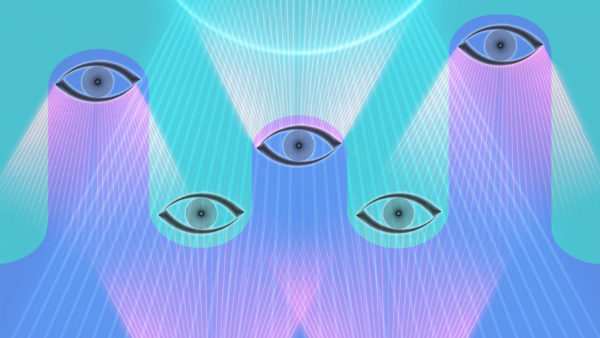