How the tobacco industry and academics rewrite the science of addiction 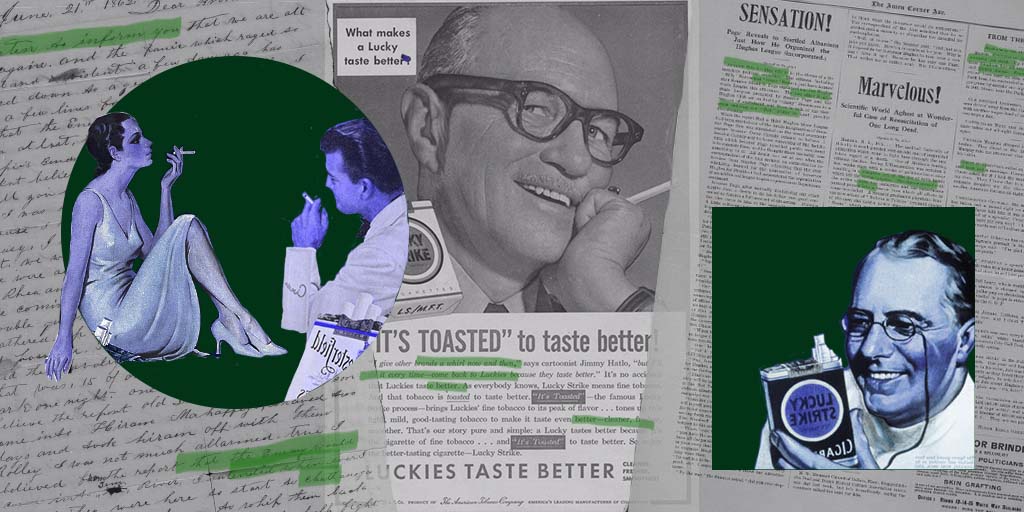 In a videotaped deposition on behalf of the tobacco industry in 2014, Professor John Geer, a political scientist at Vanderbilt University, was confident in citing public opinion about smoking. “I have studied a lot of polls, and I’m confident of my opinion of the public being broadly aware of the dangers of smoking by the mid-1950s. The data are rock-solid clear,” he said.

The kicker? Geer may have been a political scientist, but the polls he was talking about were disputed and he is no authority on research in this area. Geer is not the only academic who has testified as an “expert” on behalf of the tobacco industry, a recent story by NPR reveals.

To find out more about how the tobacco industry has been trying to rewrite history — and why academics testify on their behalf — I decided to call Robert Proctor, a history professor at Stanford University who has devoted four decades of his career to reveal the tactics used by the tobacco industry to mislead the public. Below is an excerpt from our conversation. The interview has been edited for length and clarity.

Can you tell me a little bit more about your research into the tobacco industry and its impact on the world in terms of rewriting history?

I’ve been working on tobacco for nearly 40 years now. Three of my four grandparents died because of cigarettes. That’s why I became interested in the subject.

In the 1970s, Richard Nixon’s “war on cancer” completely ignored cigarettes. So, I wondered, how could that be, given that cigarettes cause about a third of all cancer deaths? That’s why I started looking into the tobacco industry and discovered that cigarettes were the world’s leading preventable cause of death. In the United States alone, about 500,000 people have died from cigarettes each year.

How has the tobacco industry been trying to rewrite history?

The cigarette industry can’t win their court cases without falsifying history. And they falsify history by hiring historians, polling experts, and political scientists to testify that everyone has always known that cigarettes cause cancer.

Here’s what they say: if you’re a 12-year-old boy in Mississippi who started smoking in 1952, you’d know that cigarettes cause deadly diseases, such as lung cancer and heart disease. But this is a fantasy. It’s a myth. The reality is that in the 1950s, most doctors were smoking cigarettes. You were actually more likely to smoke if you were a doctor. You were also more likely to smoke if you were an astronaut. Very few people understood that cigarettes could cause deadly harm.

And now, the tobacco industry’s tactic is to blame the victim, arguing that everyone always knew the risks of smoking. It’s called the assumption-of-risk defense, or blame-the-victim defense, and it’s been very successful.

Why would well-known professors testify on behalf of the tobacco industry about subjects they are not specialized in?

The tobacco industry needs experts, fancy professors who will testify that everyone has always known the risks. They actually generally require that those experts have not published anything on the topic and most don’t even include it on their CVs.

This is very problematic, and a fraud on the court that these pseudo experts are even allowed to testify in the first place. It’s the result of the enormous power the industry has, fooling judges into allowing this.

Shakespeare said that money is a good soldier. These so-called experts are paid an enormous amount of money. And they’re flattered. Historians generally don’t have a lot of opportunities to make consulting money, but in the court, they can.

In addition to the financial incentive, a lot of these historians don’t know they’re working for Big tobacco. That seems strange, but they will often tell me they aren’t working for Philip Morris, but they are working for the court or for a law firm, not Big Tobacco. I think they’re taught this mythology.

Others may have a more libertarian kind of mentality. You also see this in the industry itself. Some of them tell themselves that if they don’t do it, someone else will. We’ve heard that excuse other evil doers before.

The industry also tells the experts that they are not influencing them, they just want them to testify how many articles the New York Times ran from 1950 to 1980 claiming cigarettes are bad. As a result, the experts don’t feel influenced by Big Tobacco, when the reality is they’re being harnessed like horses. They don’t realize that they’ve been instrumental to the case and have been turned into cogs in a machine that’s designed to exonerate cigarettes from causing mass death.

Are these tactics to “blame the victim” and use expert witnesses who aren’t experts specific to the tobacco industry?

Actually, no. Many of the witnesses who have worked for Big Tobacco, also work for the lead industry, for the asbestos industry. And the same strategies go back a century. Even though it was already known that lead was damaging, the industry continued to defend adding lead to gas and to use lead paint for children’s toys, going back to the 1920s.

The cigarette industry has created a template, or a model strategy, which can be used for denying harms from all kinds of products. The assumption-of-risk defense is not just used in tobacco, it’s used with all kinds of products. For example, if your car rolls over from a defect in the car, they’ll say you’ve mishandled the car, or you stuck your head out of the car. There are 1.000 ways to blame the victim and it’s not unique to tobacco.

Besides the court cases, how else is the tobacco industry working to distort reality?

One tactic is what I call distraction research. The idea that the cigarette industry is anti-science, isn’t true. They are actually quite pro-science, which they call “safe science.” They love science, as long as it’s science that’s safe for them. This means that they love genetics, they love immunology, they love viruses. In fact, the study of viruses has been massively funded by the cigarette industry, and at least 25 Nobel laureates are on their payroll.

Distraction science, decoy science, delay science, filibuster science. In other words, science that says: “look over here, don’t look here.” You could also call it misdirection science. It’s like a magic trick. They’ll argue that it’s not the cigarettes causing cancer, but other elements, such as food dyes, or chemicals, or pesticides. It’s actually quite diabolical and sinister. They’re creating allies in the scientific community by massively funding genetics research and virus research.

During my entire career, I’ve been trying to show how science can be abused and harm people. It’s similar as I describe in the two books I wrote on Nazi Germany, because Nazi Germany wasn’t anti-science either. They were able to harness types of science that were causing deadly harm. And the cigarette industry is doing very much the same thing.